Geneva Airport is one of the European Union’s biggest transport hubs, which might surprise some people.

After all, the city of Geneva is in Switzerland, which is not in the EU. Unusually, the airport is situated in two countries, in both France and Switzerland.

If a passenger enters the French part of the airport, he or she does not need to pass through Swiss customs though, as they technically remain in France. It is only the second busiest airport though, standing just behind Zurich in terms of visitor numbers.

While that may sound a little confusing, it works well in practise. Also, despite being partly in another country, the airport is very handily placed for people who are visiting Geneva for work or pleasure.

The airport offers flights to and from most of Europe, including Great Britain and Ireland, as well as some destinations in North America, the Middle East and North Africa. 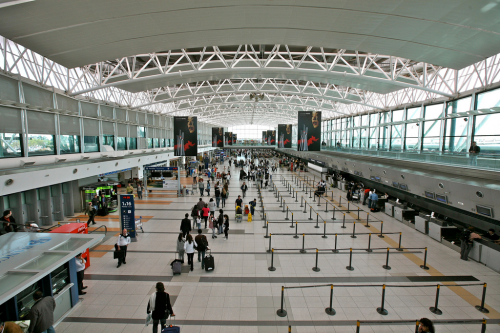 Handily located for visitors, the city of Geneva is just six minutes or so away by train, or four kilometres.

For travellers who drive to the airport, parking is located both underground and above ground, though it cannot be pre-booked.

The only way to make sure that you have a space for your car is to use the valet parking services which are available.

If you are looking to head elsewhere to other destinations in the city from the airport, then Geneva Airport car hire is available with French side Geneva car rental and car hire Geneva Swiss sector options.

The route you should take is Route de Meyrin and follow the signs which point to the city centre.

Taking the train is much more straightforward than driving however. Trains run regularly throughout the day from 5.30 am until midnight, departing roughly twice every 25 minutes or so on average. 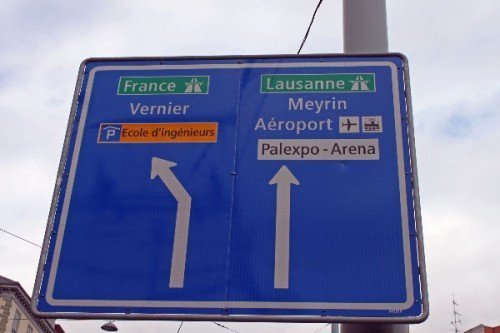 Buses also depart regularly from in front of the airport, with the number 10 bus running into the city every 10 minutes or so.

A ticket known as a Unireso is available from a machine in the baggage claim area of the airport. This ticket entitles the holder to unlimited access to public transport for the subsequent hour and 20 minutes.

The airport is a busy transport hub, handling an estimated 12 million passengers per year. One local feature which may surprise some visitors is the small airport tax of around 20 Swiss francs which must be paid on departure.

The check-in area for departing travellers is conveniently located on the ground floor of the terminal building.

Even more convenient than the location is the presence of several self-service check-in kiosks, while some of the airlines operating flights out of the airport allow passengers to check in on the day before their flight departs.

This website uses cookies to improve your experience while you navigate through the website. Out of these, the cookies that are categorized as necessary are stored on your browser as they are essential for the working of basic functionalities of the website. We also use third-party cookies that help us analyze and understand how you use this website. These cookies will be stored in your browser only with your consent. You also have the option to opt-out of these cookies. But opting out of some of these cookies may affect your browsing experience.
Necessary Always Enabled
Necessary cookies are absolutely essential for the website to function properly. This category only includes cookies that ensures basic functionalities and security features of the website. These cookies do not store any personal information.
Non-necessary
Any cookies that may not be particularly necessary for the website to function and is used specifically to collect user personal data via analytics, ads, other embedded contents are termed as non-necessary cookies. It is mandatory to procure user consent prior to running these cookies on your website.
SAVE & ACCEPT